Top Surf Destinations in the World You Should Visit

If you love the allure of big waves and riding the curl then a vacation centered around surf is what you need to plan!  Here are our top surf destinations in the world you should visit. We think you should put all of them on your bucket this!

The best place to go surfing in the United States is Oahu. It’s been a popular surfing destination for years and ranks at the top of every seasoned surfer’s list of great surfing spots. A surfer’s dream is to ride the perfect crest of Pipeline, the big daddy of all waves and the Pipeline delivers. It’s one of the heaviest waves in the world so it’s not for amateurs. The waves grow in size over six meters of a shallow base of razor-blade table reef. It’s an amazing place to surf for sure!

Known to be a ‘surfer’s paradise,’ Gold Coast has been known for its grand 70 km of beaches and four point breaks which include the Superbank, which is considered one of the world’s finest breaks. Many say if you are a seasoned surfer, this will give you the ride of your life! It produces tubes and solid walls that are simply amazing. 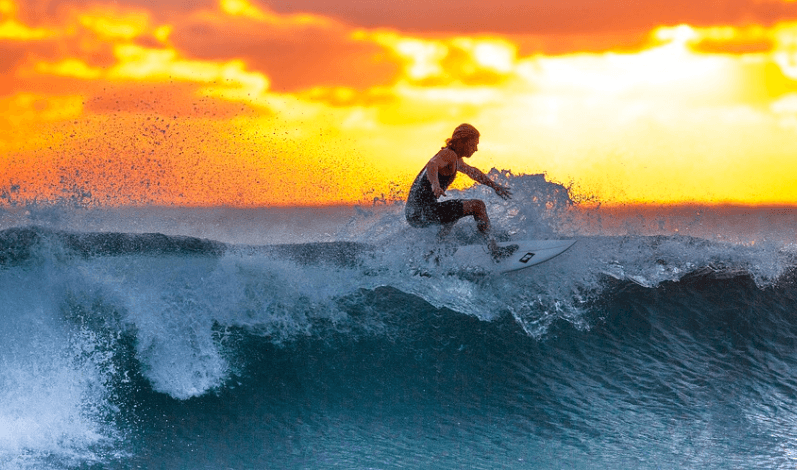 Now one might not think of Ireland as a top surf destination but it is!  It’s true the cold often deters the novice surfer, but not the seasoned ones. The shimmering green waters and rolling waves pull from the Atlantic straight into Bundoran, a few hours away from the city of Dublin. This is one of the best surfing spots in Europe. Huge waves are recorded in the area over time, though the average is in the ten-foot range. Nothing, however, can beat the beauty of the waters.

Black Beach off the coast of California is only for the most seasoned professional. Powerful breaks that come with strong currents, and are not advisable for beginning surfers or young swimmers. Black Beach is the best surfing spot on the mainland of the United States and it’s common to spot some of the world’s more expert surfers enjoying it.  Once of the bonuses of this spot is that the winds do not affect the waves. This means you can still have fun surfing late in the day. Just avoid weekends, as it can get too crowded and make it hard to really enjoy it.